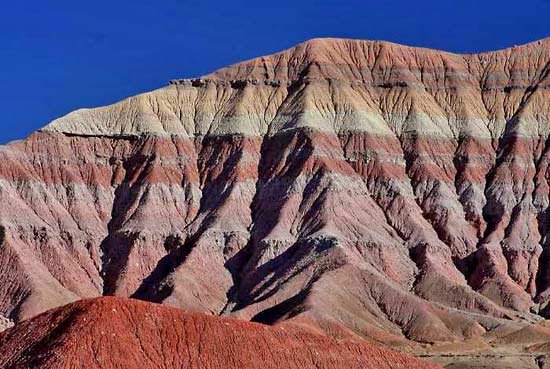 In 30 years of publishing, I've experimented with different styles and varieties of novels. I enjoyed one teen adventure novel and a Young Adult mystery with a paranormal element, as well as other stories for different audiences. Writing them was a fun diversion, but I've found my home in sweet romances set in America's small towns. 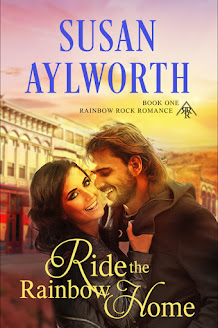 What's the charm of the small town? Ask the faithful followers of the Andy Griffith Show or Northern Exposure. We all came to know and love the quirky folk who peopled Mayberry, North Carolina or Cicely, Alaska. The homey, interesting, or romantic plots that carried the series were always supplemented by the eccentric behaviors of poor drunken Otis or paranoid Adam, the antics of Barney Fife, or the flat delivery of Marilyn Whirlwind. We happily returned week after week to these alternate hometowns where we knew everyone and willingly rode along on whatever strange story arc dominated the set that episode. 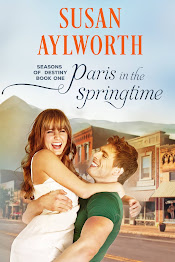 Do real-life small towns have the same charm? I suppose it depends on the small town. Over the years, I've lived in a few. During five formative years in my teens, I lived in a town of about 600 poised on the edge of the Navajo Nation. Then, for fourteen months in 2017-18, I lived in a town of about 5,000 in the heart of Dinetah (Navajoland). Those two experiences gave me the background for the Rainbow Rock Romances, a series set in the fictional town of Rainbow Rock, Arizona, poised in the striped hills of the Painted Desert, like those at the top of this column. (See why I called it Rainbow Rock?) 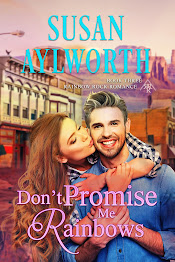 For the past four decades, I've lived in the Sacramento River Valley in California, right at the edge of the foothills that lead into the Sierra Nevada mountains. Friends were among those burned out of Paradise during the calamitous fires there two years ago, and I used the burned-outcommunities as the basis for creating Destiny, California, the home of the Seasons of Destiny series.
Farther up the state highway from fictional Destiny lies the equally fictional town of Bedford Falls, California, the setting for my Christmas novel which is set to appear in late October. I have other plans for both Destiny and Bedford Falls and look forward to setting more books in both places. 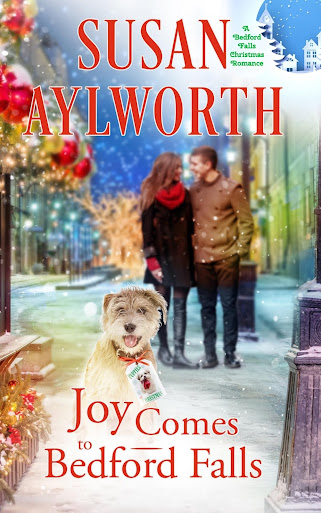 For me, the small town vibe is the ideal backdrop for a sweet romance and the characters that people the towns are, for the most part, people I enjoy knowing when they hang out with me in my office. I love the fact that readers seem to be enjoying them too.
If you've read any of the books set in Rainbow Rock, Destiny, or Bedford Falls, please share your experiences in my fictional, always-interesting small towns. Thanks!
Posted by Susan Aylworth at 2:12 PM 6 comments:

What do you do when you're brain-weary? You know the feeling: you're sleeping enough at night; your daily workouts, if you have them at all, aren't enough to wear you out; still, because of the mental work you're trying to do, you feel exhausted, and it isn't even bedtime yet.

I realized I must have hit that brain-weary, unable-to-think-anymore level recently when I found myself watching a TV documentary about the development of kittens. Not that kittens aren't fascinating, but I had a mound of work stacked up, just waiting for me to get to it, and I was watching kittens.


Somewhere between the four-week-old silver tabbies and the seven-week pure-bred Bengals, I got the hint. I could almost hear the TV whispering to me: Susan, your brain has done enough work for the day. You're done. Give up and enjoy the kittens. Feeling guilty about the work that still needed to be done, I kept trying to push myself to get busy again, but when the brain has gone on strike, well, it's kittens for me. 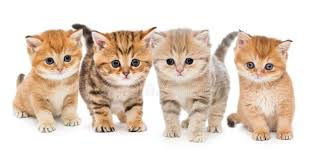 One of our sons, a mildly crazy entrepreneur who will one day be worth multiple millions, simply because he won't take no for an answer, has hit brain-weary regularly of late. When he just about lost it at work one day, his staff suggested he visit his doctor, just to be sure he's okay. The doctor's prescription: an evening of The Simpsons or Laverne and Shirley reruns. He said, "Give your brain a rest. Do something mindless for a while." Yes, The Simpsons or the L&S reruns may be adequately mindless, and maybe even fun, but the kittens are definitely cuter. 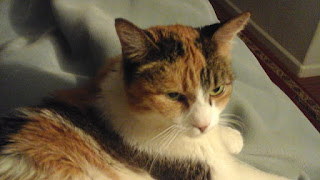 Besides, I love cats, but having recently lost the brother-sister pair we had for 14 and 16 years (the calico is my friend, Koi), and not yet feeling ready to watch real cats play in my home again, I get my kitten-fix from a TV documentary. For someone not yet prepared to bring another kitten home, watching them on TV is clearly safer than visiting the local animal shelter, just for a kitten fix.


So what do you do when you're brain-weary? And do you need a doctor's prescription to keep you from feeling guilty when you settle down to let the brain wander aimlessly for a while? I'd love to hear your answers.
Posted by Susan Aylworth at 4:00 AM 1 comment:

Every year when January 1 comes around, people everywhere consider whether or not to make resolutions. I used to; I don't anymore.

That doesn't mean I don't have goals and plans, but I consider those a little differently. In my definition, a resolution is something I'm not doing, haven't done lately, and probably will never do, but I resolve to do it anyway because it seems like I probably should. (I've discovered that peer pressure isn't just for kids.)  I hope I've outgrown that behavior.

On the other hand, goals and plans are usually projects I already have in the works which I intend to expand or continue, projects I want to do. For instance, last year I made a goal to write all four books in the new "Seasons of Destiny" series. I met that goal, along with two short novellas, one of which (A Monumental Love, from the Timeless Romance series) has been in publication since last spring. Of the six books I wrote last year, four are now available and a fifth will be out by mid-February. The sixth is part of a contest and won't appear for a while, but its time will come. Goals and plans like these are easy to fulfill because they are already in the works and because I enjoy them. 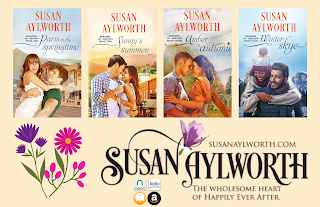 Once in a great while, I even manage to do one of those tasks I don't particularly want or love to do, but know I should. This past year I managed to exercise more. In the coming year, I hope to do even better, although I admit right up front that exercise is not my favorite pastime. I guess I can call that a resolution . . . do you think?

How about you? Do you make resolutions because you know you "ought to"? Do you see those differently from goals and plans?

Part of a Sweepstakes

The news this week is the "Sweet and Clean Contemporary Romances" Sweepstakes at BookSweeps.com. BookSweeps is giving away an eReader and 15+ great sweet romances to the winner of their contest, happening now. The bigger news is the deadline: it's been extended.  It was scheduled to end on Jan. 21, but people can now enter through Wednesday, Jan. 29. 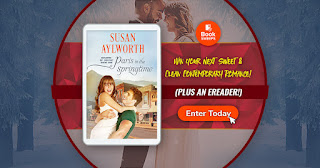 This is great news for all readers of books like those in my "Seasons of Destiny" series, which is fortunate because (drum roll, please) Paris in the Springtime, Book #1 in that series, is among the eBooks in the giveaway. Some of my writer friends have books in this sweepstakes as well. This should be a great set of enjoyable novels for anyone who likes the wholesome side of the romance genre. Thanks to the extended deadline, there's still time to sign up.

Interested? Go to https://www.booksweeps.com/giveaway/january-2020/sweet-clean-contemporary-romance. If sweet romance isn't your thing, but you have friends who enjoy these books, please pass this information along. Thanks!
Posted by Susan Aylworth at 4:07 PM 1 comment:

California grows rice, about two million metric tons of it each year, and 95% of that is grown in the Sacramento Valley. Those of us who live in the valley become accustomed to the rhythms of the rice season, planting to harvest.ea 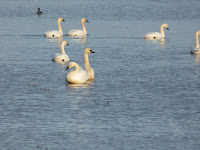 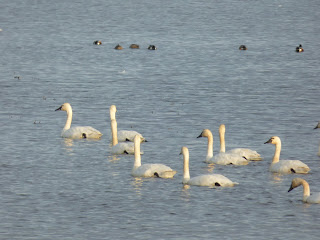 We are also firmly in the Pacific Flyway. Between our location and the flooded rice paddies, we are visited by many kinds of water fowl each winnter. December is a great time for swans, gray geese, coots, and a few ducks. We found some of them enjoying our home country this past week. 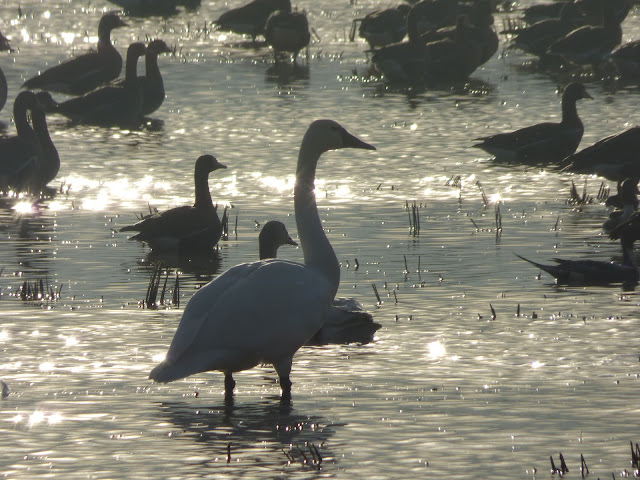 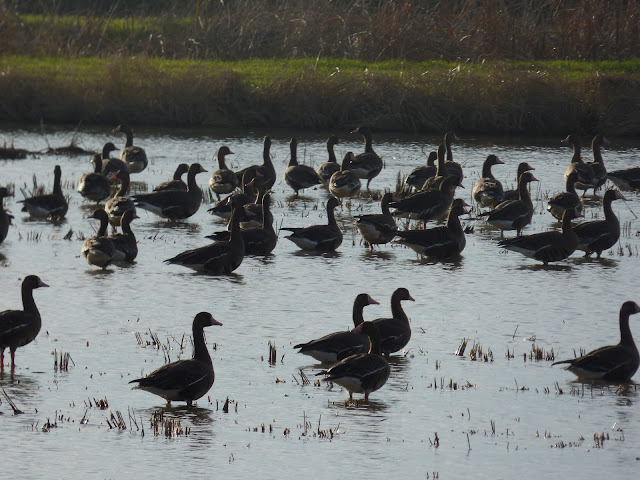 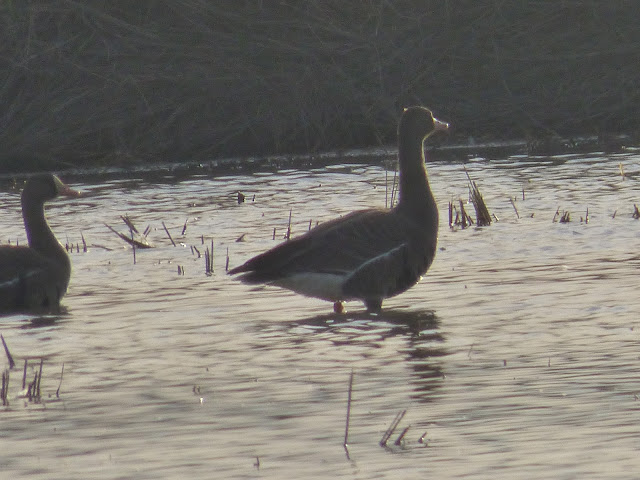 These birds were feeding in fields near Richvale, California, with the Sutter Buttes in the background. Fun fact: the Buttes constitute the smallest mountain range in the world. 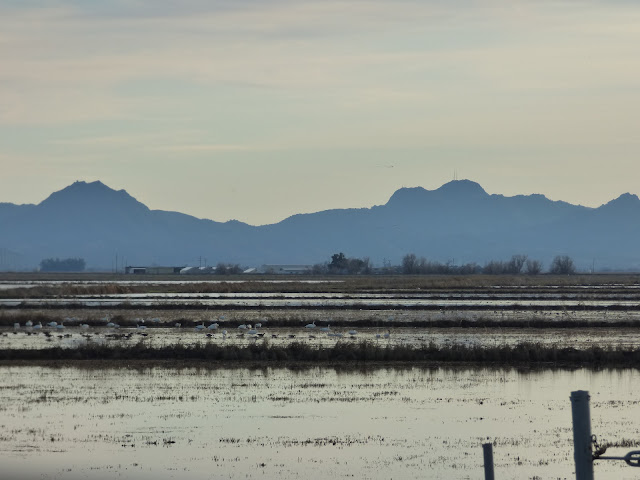 Our avian visitors are always welcome. They'll soon be followed by Snow geese, Ross geese, and varied species of ducks. We're happy to share our valley with them all.


Look for the first three books in the "Seasons of Destiny" series, available for pre-order now. All three are due to be released on January 6. The fourth book will follow later in January. In order, the four are: Paris in the Springtime, Sunny's Summer, Amber in Autumn, and Winter Skye. Hope you enjoy!

Posted by Susan Aylworth at 4:00 AM 2 comments: